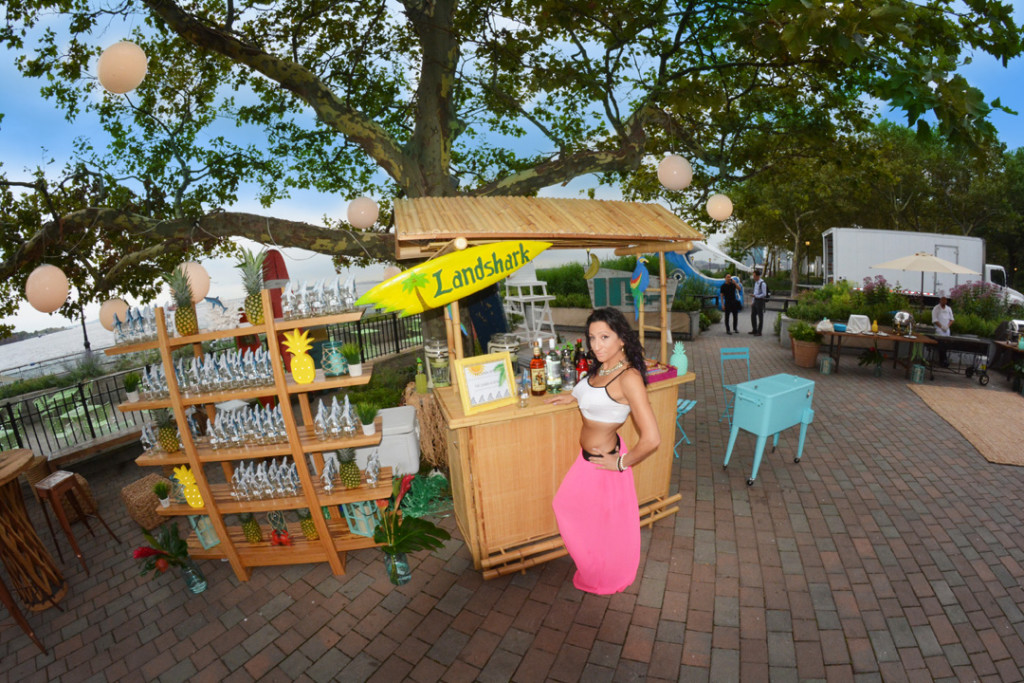 Tiki Bar Rental with a Frozen Margarita machine and a bartender

Throwing a tiki party in Long island? Then why not rent a portable Tiki Bar for your event! For an additional fee we will deliver and setup the Tiki Bar at your event anywhere on the Long island, NY and Tri state area. Need more? No problem, Ny party central Rentals . Has The Inventory To Customize Your Event. Please ask for more information. For Large Events Just Rent multiple bars!

Tiki cocktails are just one part of the tiki culture that continues today, though it may be a little more underground than it was in its heyday of the 1940’s and 50’s. Tiki parties remain a popular theme for many and the drinks below are the most popular drinks for such an occasion. First, however, let us take a look at what is a tiki cocktail and a bit about their history. 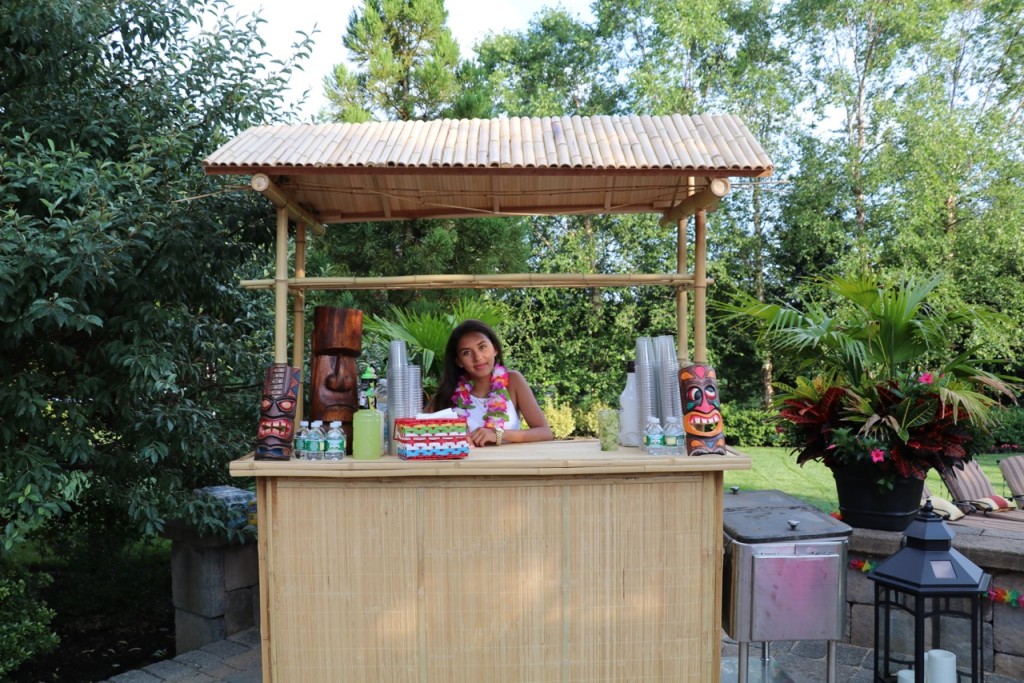 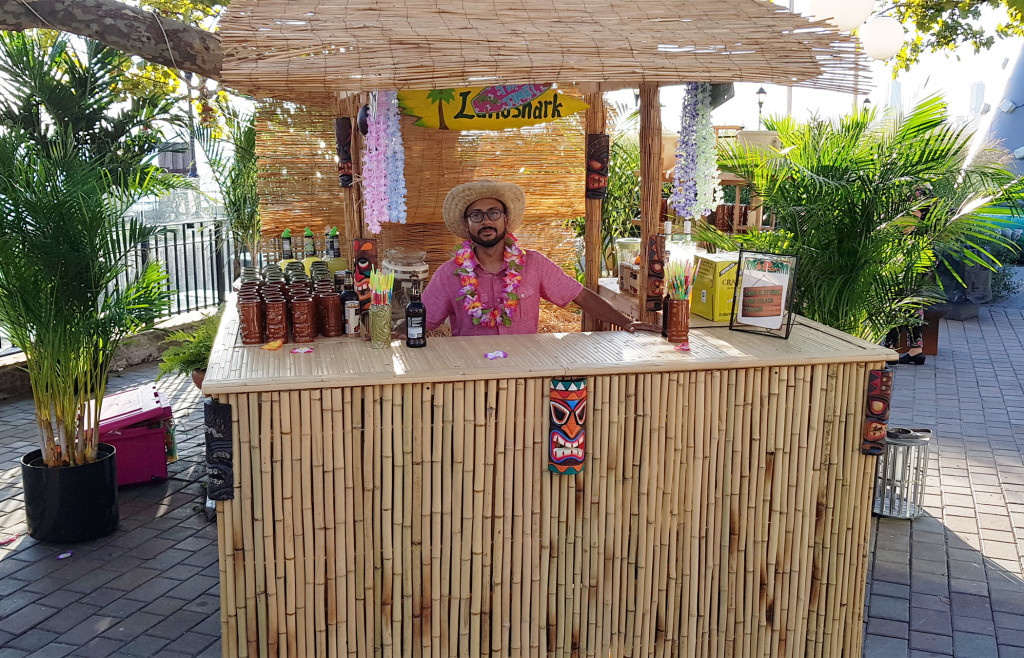 What is a tiki cocktail?

There is no real definition of what makes a drink worthy of the tiki category, however there are some characteristics found in tiki cocktails.

How did the tiki bar begin?

Ernest Raymond Beaumont Grant (aka Donn Beach) opened the first tiki bar in the 1930’s on Hollywood Boulevard in LA . The bar was the now famousDon the Beach comber and was decorated with items from the South Pacific. Beach developed a cocktail menu that celebrated the many styles of rum he had tasted over the years in elaborate, very secret recipes.

Around that same time, Victor Bergeron transformed his Oakland, California saloon Hinky Dinks into Trader Vicks after touring the South Seas. At his new tropical-themed bar, Bergeron created rum drinks in the same fashion and with the same prestige as Beach and the two became rivals as well as the pioneers of the tiki culture. Both bars expanded into chains and continue to operate today.

Post World War II, interest in South Pacific culture blossomed and the tiki boom took off. Soon, tiki bars popped up all over the country, each attempting to out shine one another with lavish tiki decor, mammoth bowls of cocktails, and, of course, tiny umbrellas in every drink. The tiki craze has slowed a bit in recent decades, though there are still plenty of tiki bars and many more tiki-themed parties to be found.

The Mai Tai is the ultimate tiki cocktail and is the creation of Bergeron. The drink consists of both dark and light rum, lime juice, orange curacao, and orgeat syrup.

Tiki cocktails are just one part of the tiki culture that continues today, though it may be a little more underground than it was in its heyday of the 1940’s and 50’s. Tiki parties remain a popular theme for many and the drinks below are the most popular drinks for such an occasion. First, however, let us take a look at what is a tiki cocktail and a bit about their history.

This drink was created by Donn Beach and is one of the more complex drinks in the list. This particular recipe is Dale DeGroff’s interpretation (a personal favorite), made up of light and dark rums, orange curacao, lemon, lime, and orange juices, passion fruit, grenadine, and bitters with the option of floating 151-proof rum on top.

The Hurricane is and was the signature cocktail of New Orleans’ Pat O’Briens bar and was first created around 1940. Another intense list of ingredients, this cocktail includes light and dark rums, passion fruit, orange and lime juices, simple syrup, and grenadine.

The two tiki giants mentioned above have both taken credit for this modernized Navy Grog cocktail whose inspiration was the daily rum ration of British sailors in the 1700’s. The drink is customarily comprised of light, dark, and demerara rums, lime and grapefruit juice, honey, and club soda.

The Rum Runner is one of the simpler tiki cocktail, but in no way lacks flavor or punch. This mix is made of gold rum, blackberry brandy, creme de banane, orange juice, and either Falernum or grenadine.

The Bahama Mama has a slightly darker profile than most tiki cocktails, though the pineapple juice volume helps balance everything out. This one is made up of dark and 151-proof rums, coffee and coconut liqueurs, and lemon and pineapple juices.

Painkiller recipes do not vary as much as the other tiki cocktails. It is typically a mix of navy rum (or dark), pineapple juice, cream of coconut, and orange juice with a touch of nutmeg to spice it up.

The Scorpion is another potent mix with a lot of alcohol in it. In this round we have light and dark rums, brandy, triple sec, and lime and orange juices.